Hi Everybody
We've been laying low for what seems like ages - so we thought we'd come back with a bang and sign up with fellow cycling fans from across the world.  30 Days of Biking can be found at http://30daysofbiking.com/   It's not too late to sign up!
The 30 days starts today 1 April 2013 and we've been out.  It was cold and layers were the order of the day. Philip looked very fetching in waterproof trousers. Nic had the added advantage of having lost all fitness so was positively cooked at the end of the 5.5 miles of a sedate jaunt in the Cotswolds. Jake, needless to say was fine - bring on the next 30 days  - bring on the warmth!

Off to London tomorrow, so a quick morning pedal round Lower Swell will be the sum total of the two-wheeled exploits.
Posted by bikewithjake2012 at 15:40 No comments:

It's very tucked away, Horse Guards Parade and the visit to Hyde Park and The Mall had only served to illustrate this more clearly/more covertly.  We needed to complete the task, so we headed back towards ExCel to track the river to Westminster, find the elusive HGP and head home on the train.

Taking leave of the hotel was odd, can't imagine spending 30+ nights in various hotels and B&Bs will happen again?  Even odder was the encounter with the policeman in his large police van as we approached ExCel.  "Do you need a lift?  There's plenty of room in the van.  I saw you on TV last night, well done!"  We declined the kind offer and off he drove - who'd have thought...?

We stopped off at Tower Bridge so that Jake could renew his acquaintance with Jon Harle who had interviewed him at BBC Radio Newcastle and offered a quick chat now that the adventure was over.  A really lovely bloke - if ever you were to be interviewed for radio, he'd be your man.

That done we then headed towards Parliament Street to see if we could peer through to HGP.  We were approached by Mum and daughter who had seen us on the TV & wished us well - the power of television is extraordinary.

So a quiet pedal down Parliament St. and an obvious photo opportunity at the end of Downing St.  Philip nudged Jake into handing over a postcard to one of the Police Officers and then, in the space of just a couple of hours, we had our second surreal encountered with the boys in blue.  "Would you like a photo taken in front of Number 10?"  Now, having thrown away the previous offer, it seemed churlish to do the same on this occasion...

What's more, the Officer outside Number 10 was a keen cyclist (with Egyptian hieroglyphic tattoos - somewhat unexpected) and took one of our postcards and pushed the button on our camera for a photo opportunity we would never have imagined.

We left Downing St. with the broadest grins, but the day was about to get more surreal and move from grin to verging on hysterical laughter.

There, crossing Whitehall, was the bike, the hair, the bluster... the Mayor of London.  "Boris, over here Boris, come and meet this young man, Jake!"  Buoyed with Downing St. exuberance Philip, called, beckoned and succeeded in obtaining Mr Johnson's attention.  Unbeknown to the team, this full scale assault was being monitored by a BBC News camera and journalist desperate to engage Boris about the proposed PCS strike.


Boris chatted, took a postcard and conducted an interview with the BBC about the PCS and moved on seamlessly.  His days are probably littered with surreal encounters and this was another of those, but for team BikewithJake it provided nervous laughter for many hours.

The jittery giggling was continued when we finally did the Horse Guards Parade photo - even the horse was getting that end-of-journey, demob feeling.  And that was that, all sites visited, over 1400 miles cycled - a never can be repeated experience and three very privileged cyclists - thank you everyone, it's been incredible!

We won't lie, the team were feeling subdued.  We had cycled over 1400 miles, we had stuck to the task regardless of Jake's injury, the onslaught of the British summer weather and the fatigue of a five and a half week adventure.  We had achieved many of our objectives but we had spectacularly failed to reach our sponsorship target.

We had received great support en route, fantastic media coverage and raised money with help from our main sponsor Hornby and the brilliant support of our charities.  It just didn't feel enough.  So, imagine how thrilled we were to be invited on ITN London Tonight!
A filming session in the morning was attended by Lucy & Dave from Access Sport, who had arranged this opportunity.  We were then taken, by taxi, to the ITN studios near King's Cross.  What an incredibly surreal experience.  A hive full of worker bees all busy and focussed on their role to meet the demands of the Queen Bee (the 6:00 pm deadline) - it was fascinating.  It was just as well that we were absorbed with all that was going on - not much time to panic.

The added bonus was getting an opportunity to met and talk with Anne Wafula Strike, she was the first Kenyan woman to compete at a Paralympic Games and has since competed for Great Britain.  She was on London Tonight to raise awareness about the plight of people with disability in Haiti after the earthquake.
Philip was not allowed into the studio, their excuse was that there wasn't enough room on the sofa, you can make up your own minds!  Anyway, he got an opportunity to view Nic and Jake's panic from the calm surroundings of the production gallery...  Not exactly!  The programme hinged on live reports from the 'red carpet', Leicester Square and the opening of The Dark Knight.

Queen Deadline needed to be fed!  There was a 'no show' on the carpet, there were raised voices in the gallery; Phil, the studio manager, went to turn down the volume to his earpiece thinking he had turned it up - wrong!  "Ahh, you are shouting," he said, realising there was a degree of nervousness emanating from the room of massed TV screens and stressed production managers.

Suddenly, we were in the studio, Phil was tripping over cables and Ben Scotchbrook had a quick pre on-air chat with a non-communicative Jake, "Now is not the time to be silent," was the general gist of his banter.
Jake was not silent, he was great.  Ben, if we can be so informal, introduced us mentioning our 2 charities.  There was footage of us from the morning, a couple of still photos from our journey (including one from Lee Valley with Jake holding his Hornby mascot and wearing his cap) and best of all a link to the Tour de France and Bradley Wiggins -wow!  True, we didn't get a chance to remind people to donate but what a brilliant experience.
Posted by bikewithjake2012 at 14:53 No comments:

ExCel & The Olympic Park at Night

Sorry ExCel but it was quite tricky trying to motivate the team to cycle to see this venue.  As a result of a non-cycling day in Wembley, we were slightly out of sync and therefore we had reached our target destination whilst leaving a couple of venues still to visit.
The pedal down to ExCel was straightforward enough and we were able to line up a relatively unencumbered photo.  What really made our trip to ExCel worthwhile, as has so often been the case, wasthe unscheduled chat we had with a group of busy LOCOG officials and police and the enthusiastic reaction to our ride we got from one of the soldiers at the barrier.
We headed back to try and track down a relatively clear view of the Velodrome - this proved impossible from a bike, despite cycling to Leyton and points beyond.
Down-hearted but not beaten we then headed for the 12th floor of the Staybridge/Holiday Inn building.  No velodrome in view but...


The team then hung around to repeat the experience at night...

Get in touch:
e-mail: bikewithjake2012@gmail.com

Welcome to our blog to celebrate the bikewithJake 2012 Olympic Venue Cycle Challenge to raise money for Action for Children and Access Sport.
Starting at Hampden Park, Glasgow and finishing at The Olympic Park, London we will be visiting all the Olympic Venue sites across the country. 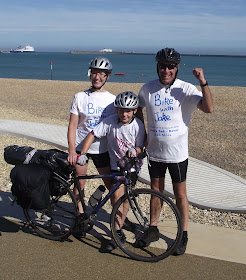 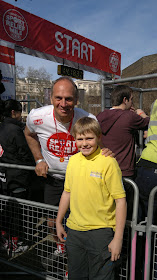 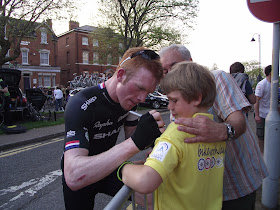 Team BikewithJake are undertaking this huge challenge of big distances, giant hills, unseasonal weather, amazing venues, great schools and fantastic people because we want to raise money for Action for Children and Access Sport.
Jake understands just what a difference support for vulnerable children can make and loves the fact that Action for Children works with families, fostered and adopted children to help them realise their potential.
After watching the Beijing Olympics and loving the cycling, Jake got involved in a sport that has changed his life. He has met lots of people, done lots of different sports and had some amazing experiences thanks to sport. This is why Access Sport is a really important charity for him because it gives children an opportunity to have fun, make friends and give them something positive. 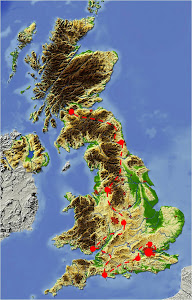 Our Chosen Charities - Find out more